How to recover and improve after a bad exam result

Didn’t get the mark you were after? Here’s how to deal with disappointment. 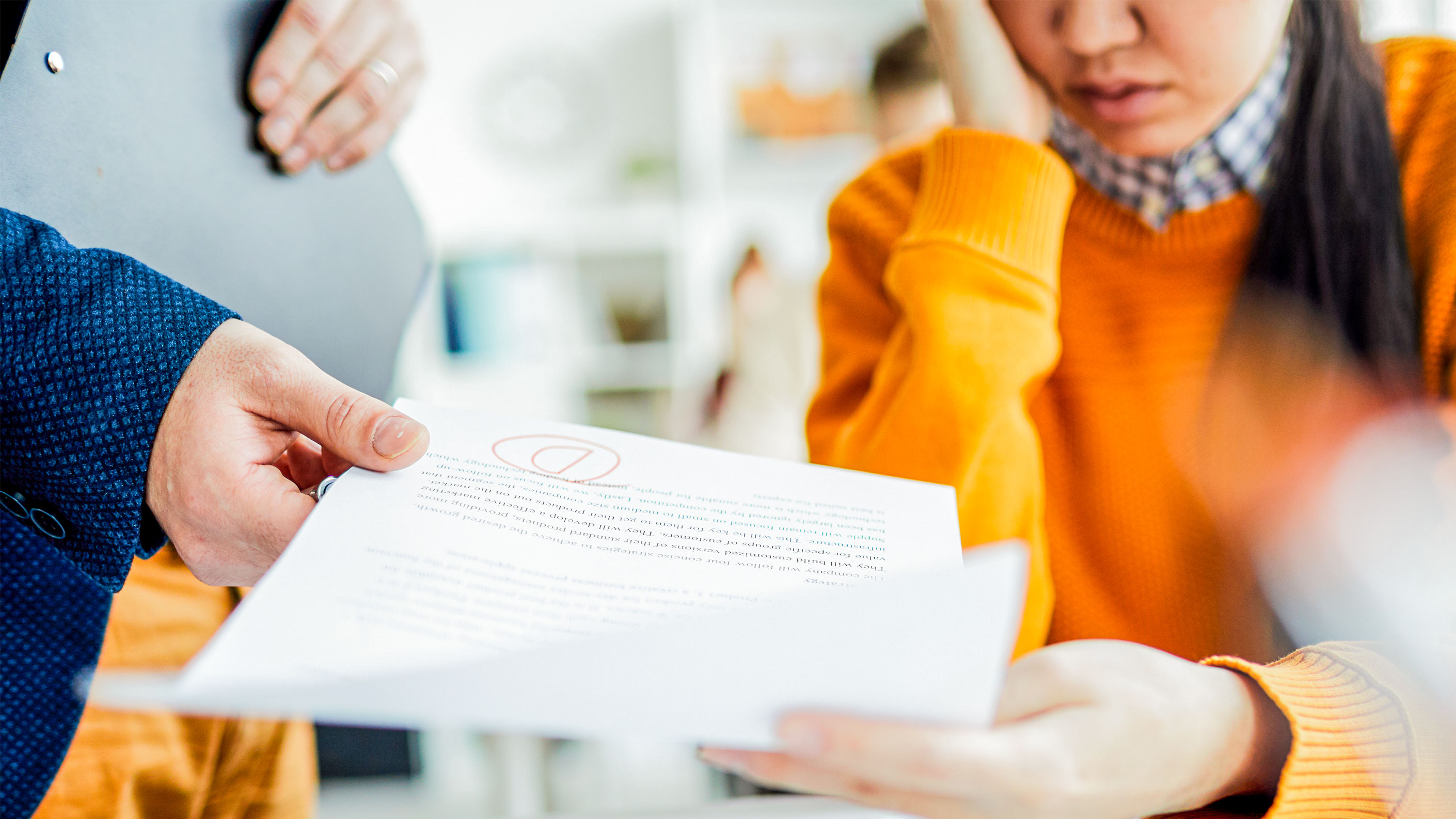 As you watch your teacher weave through desks, handing out marked test papers, you’re likely to be feeling one of two things. The first is brazenly confident that you either performed amazingly or at least did enough to pass. The second, friends, is that sinking-sick feeling as you anticipate the bleak reality of the hideous grade that’s about to land in front of you.

If you’ve ever found yourself in the second group, you’re not alone. Because come on we’ve all failed in one way or another. What counts now is how you handle it.

Getting a bad result, whether losing a game or failing a test or just scoring below where you thought you were at, can feel really terrible. But there are some ways to navigate the situation with grace and maybe even learn a thing or two.

So have a cry, throw a whole damn pity party, and then try a few of the helpful tips below when you need to grow from failure.

It might be tempting to bluff it out, wildly decrying the system as broken, followed by several rounds of, “Whatever, I don’t care anyway”. Perhaps you want to blame your teacher. Maybe she’s always had it in for you and this is her revenge for all those times you hid her whiteboard markers. At the very least, you’ll want to disavow your own effort by claiming that you didn’t do any prep and so it was actually a good mark, under the circumstances.

But if you did prepare and you do care, just own it. It’s okay to be disappointed and to acknowledge that you have some work to do. Admitting that you’re upset by your result is a signal to your friends that they can also be honest if they’re experiencing something similar. And that might be exactly what you need to realise that you’re not alone.

Wallow. But give yourself a time limit.

You’re allowed to go into a bit of a funk (see aforementioned pity party), but don’t stay there for too long. A bad test result can be an excuse to binge watch your favourite show on Netflix – but only for one night. Otherwise, you’re giving that bad mark way too much power over your life.

Once you’ve pulled yourself out of your funk, you need to look closely at the feedback you’ve been given by your teacher. This is SUPER important. Don’t just focus on the mark. What were the teacher’s comments? Was there a marking rubric? Given the feedback, does the mark make more sense?

If you haven’t received any feedback, or if the feedback you’ve been given doesn’t really make sense or help you to understand what to do next, then you have to ask your teacher.

Let’s repeat that: You have to talk to your teacher.

Use your feedback to improve

Once you have formal feedback, you need to be honest with yourself. Was the problem that you didn’t really understand the unit of work? Did you read the test question(s) with enough care? Did you revise the wrong topics? Is there something fundamental that you just don’t get about the topic or the subject? It’s not always easy to identify where you went wrong, but the first step is to acknowledge that you have made a mistake.

The concept of fixed and growth mindsets was developed by Stanford University professor Carol Dweck after doing a series of studies on how children think about their abilities. What Dweck found was that students who think that their abilities are fixed – that they’re just “bad at Maths” or “good at writing” – find it more difficult to bounce back after disappointments. If they get a bad mark in Maths, they accept it as evidence of their ability and don’t see any point in trying harder next time. And if they get a bad mark in a written composition, they tend to feel absolutely crushed, seeing the mark as a sign that they’re not as smart as they thought they were.

In contrast, students with a growth mindset believe that through application, effort and learning, they can change their abilities and their marks.

Whether you have a fixed or a growth mindset also depends on you. You can choose to approach each challenge that you face in a different way.

The most productive way for you to face any bad result is to see it as a way to do better next time. Perhaps it’s given you insight into the topics that you need to revise or the skills that you need to work on. Most importantly, you’ll know where you need some help. One of the most powerful elements of a growth mindset is the way that it empowers you to ask for help.

Marina Cilona
Young Adult writer and mum of two BA(Hons) As a writer with more than fifteen years of experience, Marina has created educational content in the form of middle grade and young adult stories with important social and cultural messages, blogs addressing homework challenges for parents, and eBooks for universities and post-graduate institutions. As a mum to two rather crazy kids she spends her days writing novels for young people and figuring out how to get her six-year-old to love reading as much as she does.

As an education company, we provide students with the right help at the right time through expert online tutoring, carefully developed learning programs in English, Maths and Chemistry, and personalised content that's mapped to the Australian syllabus. END_OF_DOCUMENT_TOKEN_TO_BE_REPLACED

Tips for Teachers: Keeping things human in an online learning environmentThursday, 15 July 2021Digital teaching and remote learning: Tips for teachers on how to get it rightWednesday, 18 March 2020Understanding the difference between teaching and learningMonday, 30 December 2019 END_OF_DOCUMENT_TOKEN_TO_BE_REPLACED

How to prevent study fatigue →