How much screen time is too much?

As a modern society we spend more time looking at screens than ever before. With screens not going anywhere any time soon, how are all those pixels impacting us physically, emotionally, socially and mentally? 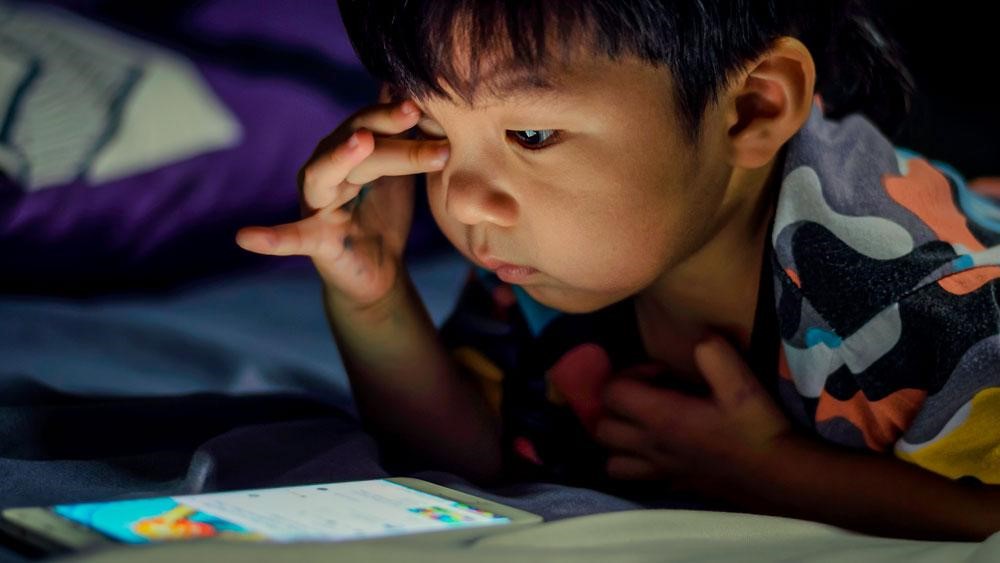 Devices have come a long way from the Apple IIe with the green screen and flashing square pointer. We’ve travelled through Commodore 64s that plugged into the big cathode ray tube televisions, and mobile phones like the Nokia 3310 where snake was king. Nowadays, it’s common to find a city worker travelling with a smart watch, notebook, phone and kindle just to get to work.

While the saturation has been rapid and the degree of change immense by historical standards, I can’t help but wonder if it’s a similar change to the printing press. Surely at the time, the mass distribution of the printed word must have concerned the aristocrats. Change is almost always confronting to some degree, but it’s not always bad. So is the proliferation of screen time a change for better or worse?

Interestingly, adults don’t receive a recommendation from the Department of Health, perhaps due to the nature of work and the impracticality of restricting screen time for so many modern jobs.

These guidelines are a great starting place, but if you’re a parent of young kids like me, the challenge of less than 60 minutes for preschoolers is an aspirational stretch goal which might be met a few times per month.

Primary-aged kids have a better chance of achieving under two hours, but that’s probably a parenting fail too. As a high school teacher, I love the opportunities technology provides for genuine learning and collaboration, however if I were truly following the guidelines, my Year 11 students could only use their devices two out of the five lessons in a day and that doesn’t account for homework or personal usage.

Now that I think of my own childhood in the 1980’s, I watched a good deal more TV than two hours per day. My point is that watching screens beyond today’s recommendation has been breached in many households for at least the last 40 years. It’s not a new problem and perhaps parents of today shouldn’t be too hard on themselves.

The Australian Active Healthy Kids National Report Card gave young Aussies a “D-” in 2018 for physical activity. While there will be many factors at play, it seems sensible that kids who are in front of screens are not actively playing. The building of bone and muscle strength is so important for kids, as are the other benefits of play in the social, emotional and mental health domains.

Summary: Screens are a problem if they take away physical activity.

A 2007 pediatrics study found that the type of content being watched was much more important than the time spent watching. For example, educational viewing in children under three, such as Sesame Street, has no impact by comparison to entertainment programs, which are associated with subsequent attentional problems.

Summary: Screens have little impact on the early years if the content is appropriate.

Social media in its clever naming suggests it should be good for us socially, however a quick scan of adults on a bus or at a train platform would suggest otherwise. The eSafety Commissioner notes that most social media sites are restricted to people over 13. This is due to US laws that prevent the gathering of personal information from people under the age of 13. Outside the social media domain, I witness the carnage of schoolkids with phones. Cyber bullying, over sharing, exclusion and the simple misinterpretation of messages is enough for me to know that the negative social impacts of these platforms outweigh the positive for kids.

Summary: The negatives of social media outweigh the positives for kids

In this domain, popular conversation around barbeques and at school pickup would suggest that the crisis of mental health we see in many countries is to be blamed on screens. The well-respected scientific journal Nature posted a counter-cultural argument in January 2019:

“The association we find between digital technology use and adolescent well-being is negative but small, explaining at most 0.4% of the variation in well-being.”

While I can cite personal examples of students where their mental health challenges seem directly attributable to screen usage, the science says yes it’s a factor but ultimately not very influential.

Although crystal-ball gazing is not my strong suit (I am still to pick the lottery numbers), it seems a safe prediction that people will be interacting with computers for a long time to come. Screens, on the other hand, may change rapidly over the coming decade. As a species we have moved into this space and it’s unlikely to reverse. The key question is not so much whether we should use computers and screens but perhaps how should we use them?

Kids of the new millennium have been immersed in digital technology since birth. They interact with it differently, more naturally than older generations. They live in a space where technology provides both advantages and disadvantages over previous contexts.

As adults, our role is not to sever ties with their reality but rather provide the guidance to help children navigate the space well. Perhaps the following ambitions are a starting place for conversations between carers and kids without being hypocritical:

David Matheson
B Teach / BA (Secondary Technology), MEDL, MRE MACEL David is a secondary school teacher who has spent the last 20 years in a range of leadership roles in both Catholic Systemic and Independent schools across Sydney. Roles such as Year Coordinator, ICT Coordinator, General Coordinator, Religious Education Coordinator and Assistant Principal bring a breadth of experience to his understanding of the modern educational landscape. David has a particular interest in developing children into young adults who are well rounded, resilient and possess a passion for becoming the very best version of themselves they can be.

As an education company, we provide students with the right help at the right time through expert online tutoring, carefully developed learning programs in English, Maths and Chemistry, and personalised content that's mapped to the Australian syllabus. END_OF_DOCUMENT_TOKEN_TO_BE_REPLACED

The ever-lengthening lockdown: Advice for parents supporting their kids’ learning at homeWednesday, 28 July 2021Home learning headache: Advice on managing your work schedule AND your kids learningTuesday, 13 July 202111 fun things to do at home with the kids these school holidaysThursday, 1 July 2021 END_OF_DOCUMENT_TOKEN_TO_BE_REPLACED