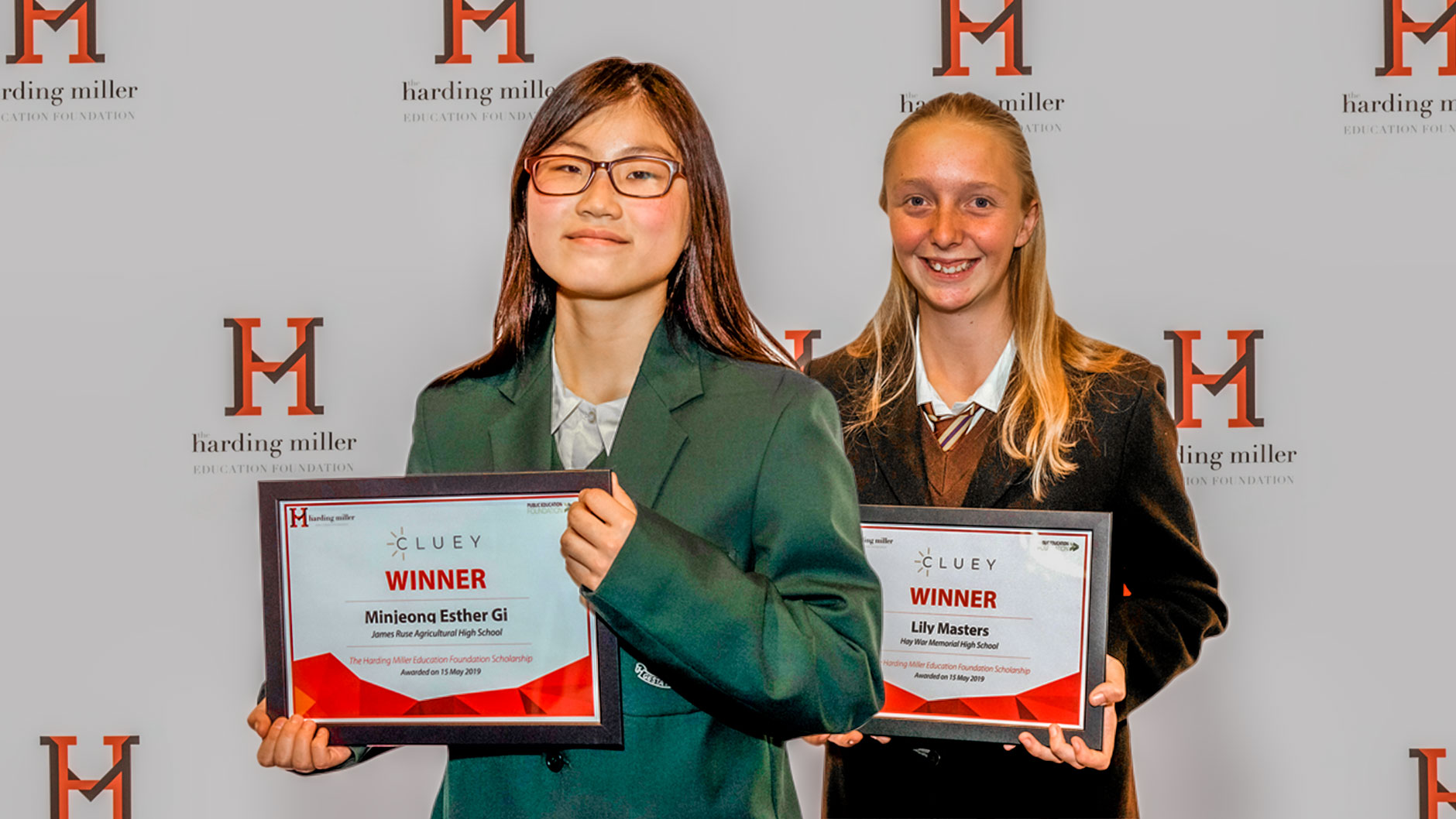 There is no doubt that educating young people leads to more responsible and prosperous communities. It’s one of the reasons I’m so passionate about the work we do at Cluey.

It’s also why I’m so very proud to be working with the Harding Miller Education Foundation, an Australian not-for-profit organisation that awards scholarships to economically disadvantaged young women. Recipients are nominated by their schools for their high academic and leadership potential and announced at an awards ceremony in Sydney.

These scholarships are awarded for the final four years of school and give the girls the tools and resources that they might not otherwise access, including computers and internet, as well as tutoring and mentoring. In addition to the many girls we tutor via our regular sessions, we sponsor two Cluey scholars.

The Harding Miller Education Foundation and Cluey share the belief that learning changes lives. The principle behind the foundation is that when you educate girls, you break the cycle of poverty. Girls who are supported to learn and strive are more likely to finish school, go on to tertiary education and to earn a higher income. What’s more, when women are better educated, they’re more likely to invest in the education of their children.

On May 15 I watched the next group of recipients accept their scholarship certificates as part of the Public Education Foundation NSW Awards. It was an extraordinarily emotional experience to stand on stage and watch these young women come up and shake the hand of Harding Miller Education Foundation CEO Cara Varian. For many of the girls, this was their first time in a big city, let alone on stage in such a grand setting. Some were shy and nervous, but every one of them was bursting with pride.

Prior to the session, I had the chance to meet a number of the scholarship recipients both past and present. I learnt some of the finer points of show jumping from one recipient from Merriwa and discussed an imminent English assignment with another girl. Many of the students I spoke with told me how excited their families were about their award. Afterwards, on the steps of the Town Hall, extended families gathered to take photographs.

Best of all, I met our two Cluey scholars, Esther and Lily, whom I will be mentoring for the next three-and-a-half years. They were so excited and yet so poised, I felt as if I could already see the capable and inspiring young women they will no doubt become. Together, we have an exciting journey ahead of us!

As an education company, we provide students with the right help at the right time through expert online tutoring, carefully developed learning programs in English, Maths and Chemistry, and personalised content that's mapped to the Australian syllabus. END_OF_DOCUMENT_TOKEN_TO_BE_REPLACED

Empowering the next generation of entrepreneurs →