The secrets of writing a good essay

The prospect of writing an essay can make any reasonable student run for the hills. So, we asked our Chief Learning Officer to share some secrets that make the process easier. 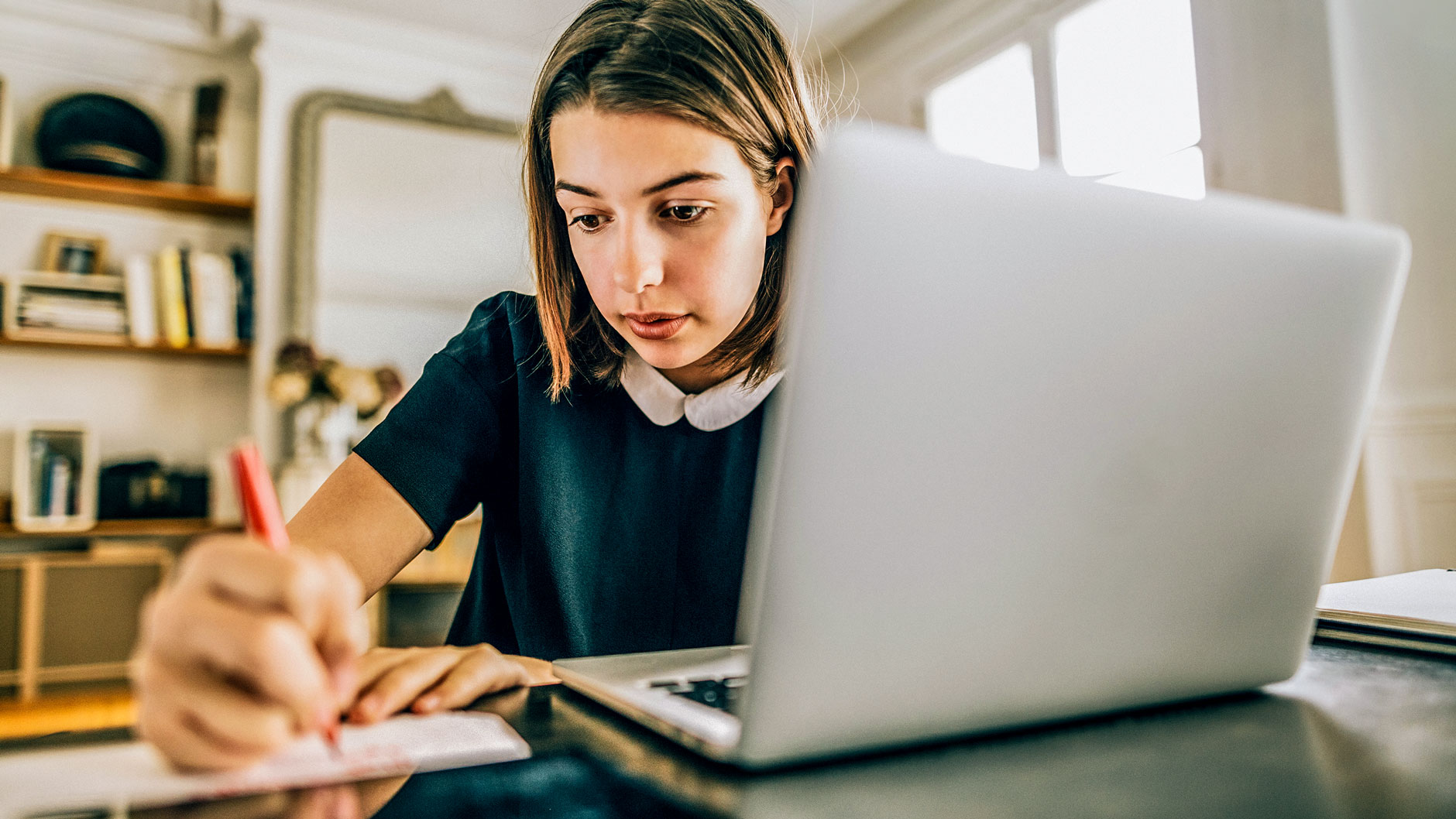 It’s easy to forget what essays are for. The word “essay” is derived from the French “essayer” – to try – and was first used by French writer Michel de Montaigne (1533-1592) to describe his attempts to put his thoughts into words. Aldous Huxley’s description of the essay, “one damned thing after another” may be even more accurate.

The essay is all about putting your thoughts into words. The sequence of these words is important – you have to focus on putting one thought after another (with appropriate evidence) to build up a coherent argument.

As I always say to my students, thinking is so important, especially in essay writing.

Underline the important words in a question. If you think you’ve read the question thoroughly and you understand what it is asking you to do, the next step is to write a statement – a single sentence – in which you crystallise your answer to that question. This is your argument or thesis statement. For example, in response to the question “Do you think the witches are to blame for Macbeth’s downfall?”, rather than start your essay with No, I don’t think the witches are to blame for Macbeth’s downfall, it is better to make a clear statement like Shakespeare traces Macbeth’s downfall to his ruthless ambition, signalled by the witches in the opening scene.

Own your answer and deliver it straight, without apology or unnecessary qualification.

Once you have articulated your argument in a single, strong sentence, you need to explain fully: what makes me say that? A summary of this will make up the rest of your introduction and will then form your essay.

In terms of what comes next, your aim as an essay writer is to gradually reveal to your reader the depth and brilliance of your thinking. You should structure the evidence for your argument from the obvious points that anyone would have identified to the most sophisticated and subtle points that demonstrate your superior analysis and insight.

Using this approach to structure will not only gradually reveal your brilliance; it will also persuade your readers. As you take the reader step by beautiful step through your argument, you should get to the point where they cannot possibly disagree with you.

Your supporting material must be as convincing as possible. Whatever paragraph scaffold you adopt, keep in mind that you must develop an argument and have something to say. For example, you could list a series of techniques used by a writer OR you could think about the choices the author has made in order to have a particular impact on his or her readers. In both cases you will point out the use of symbolism or metaphor or truncated sentences. With the first approach you will list the techniques but won’t be able to explain the significance of your observation. With the second approach, you are forced to consider the effect of the techniques chosen by the author, which will then connect you to their purpose and the overall impact of the text that you are analysing – and, indeed, to the way that language works.

The same thing applies when you are using quotations from a text. Don’t just “plonk” the quotes in your paragraph without explaining what the chosen words are supposed to show. You need to explain why the quotes serve your argument, to ensure that your reader will not be confused. By doing this, you are safeguarding your own authority as an essay-writer.

Engage with other arguments

Just because you are articulating your own argument, that doesn’t mean you haven’t been influenced by the views of other people. If you agree with other, important thinkers, tell your reader what they say and why you think they are correct. If you don’t agree with them, explain why their views haven’t convinced you or are irrelevant in this context – but only if they are important enough to warrant this effort. Your reference to others will only be persuasive if they are sufficiently important (ie published in a reputable publication, not what your friend thinks or something you read on a dodgy internet site). And remember, of course, to attribute other people’s ideas to them rather than suggest that they come from you, lest you be accused of plagiarism.

Stay outside the text

Students tend to talk about what the characters do or think as if characters are in fact real people with their own autonomy and free will. Students will talk about what Hamlet thinks or what Romeo and Juliet do as if they know them personally. It’s important to remember that characters are created by writers to serve a narrative purpose. Even if they are based on real people from history, in the text they are still characters. The problem with writing from within the text is that it inspires a tendency to focus on plot details rather than literary techniques.

Finally, the conclusion. It is staggering the number of times I have been asked by students if they really need to write a conclusion. Or, they believe that the conclusion is merely a restatement of the introduction, or even of the question. It is certainly true that the conclusion allows you to repeat your thesis and the main features of your argument, but the real purpose of the conclusion is that it is the last chance you will have to convince your reader. In order to fulfil this purpose, you need to go beyond mere reiteration. My students know this as the “yoga stretch”. As anyone who has spent any time in an Iyengar yoga pose knows, gradually you go deeper into the stretch. By the end of the essay, you will have gone progressively deeper into your argument, so that by the point of conclusion you can make a deeper and more profound statement. This is not a new piece of information, but an extension of what you have said before, and a final summation of your argument.

As an education company, we provide students with the right help at the right time through expert online tutoring, carefully developed learning programs in English, Maths and Chemistry, and personalised content that's mapped to the Australian syllabus. END_OF_DOCUMENT_TOKEN_TO_BE_REPLACED

What is the difference between referencing and plagiarism? →